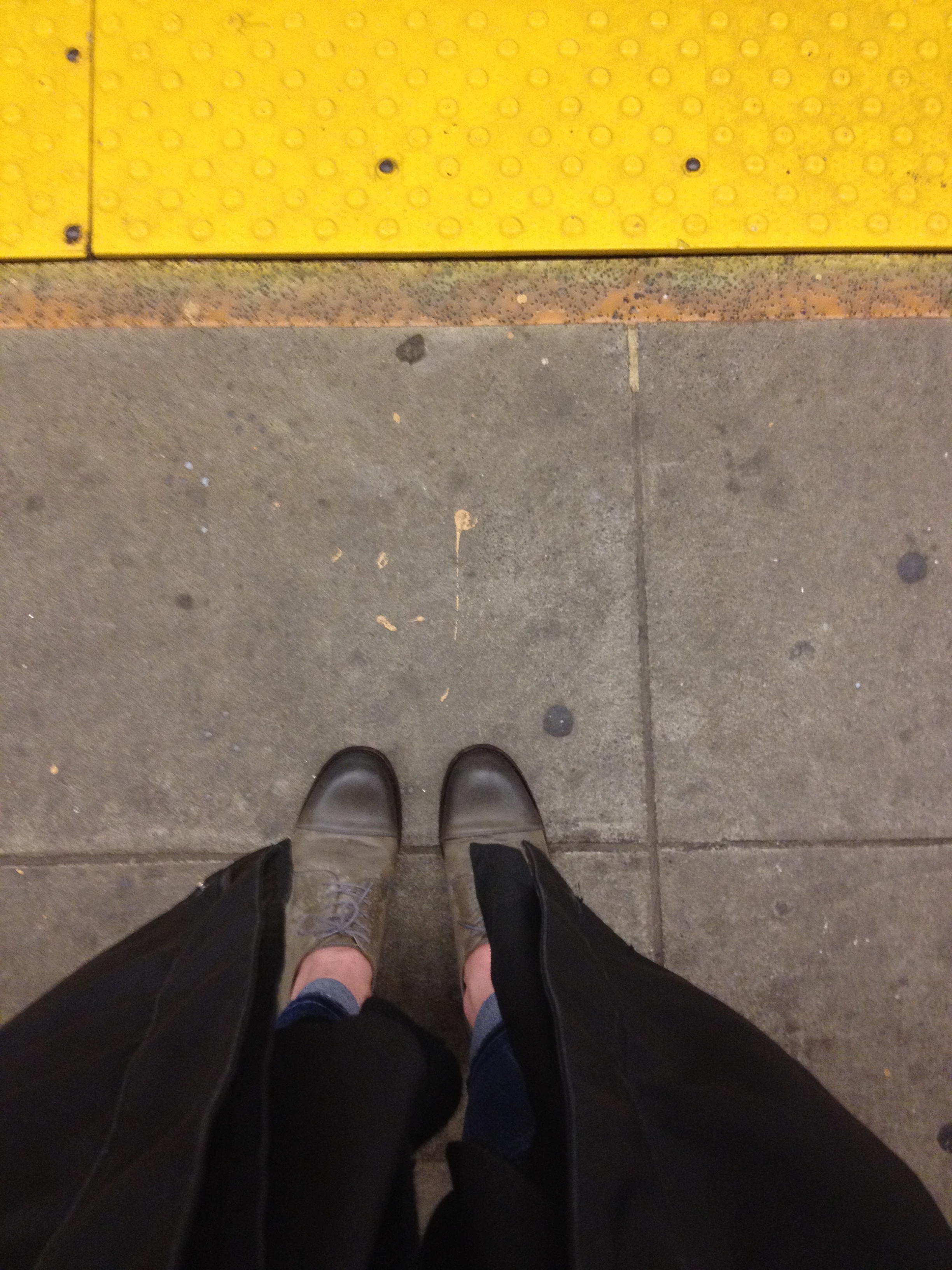 Posted at 23:32h in news/events by admin

I seem to look at my feet a lot these days – and really I don’t think it is a bad thing. This pic. is from the NYC metro. I have been in New York for the last couple days for the PALS summit, which is a gathering of leaders in sustainability for all of the AICAD institutions across North America. I am here to represent Emily Carr and to present other work that I am doing (a project called Creatives with Intent – more on that later perhaps!). The PALS group was fortunate enough to have a tour of the Brooklyn Fashion + Design Accelerator (also known as the BF+DA) that will be opening officially in November. CloTHING(s) as conversation is linked to this initiative. My time here has meant that I have had the opportunity to have some great conversations with Deb Johnson who is the driving force behind Pratt’s BF+DA initiative (she also has some amazing people who work behind the scenes!). Wonderful to be in a space were the conversation flows from consumption patterns to markets to women in leadership to fashion. Just so it’s clear – time spent staring down at my rather designerly scuffed shoes is not about withdrawal from the bigger picture – rather, it is all about consideration. Every step we take is an important one.